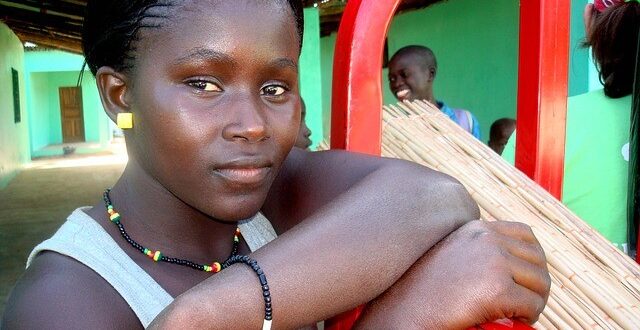 KAMPALA, Uganda – Some of the common forms of violence against women and girls include, forced marriages, female genital mutilation (FGM), rape and defilement, economic violence where husbands forcefully grab merchandise belonging to their wife and in some cases taking their hard earned money without their approval, and among others.

Instead of a downward trend, violence against women has been on a rise in Uganda. According to the Uganda Police Force annual report 2019, a total of 13,683 children, majority of them being girls were defiled.

Many women in their local communities are still being denied their inheritance rights- whether it is inheritance from their parents or their deceased husbands- a result of cultural beliefs that do not value women when their husbands pass on. Most widows are usually dragged and thrown out of their homes (together with their children) and the property taken over by the family.

But that’s not all. There has been a marked increase in bullying and body shaming of women on various social media platforms. One such case was that of a city lawyer where Emmanuel Nyanzi was arrested by Police with support from Uganda Network on Law, Ethics and HIV/Aids, UGANET for crimes of cyber harassment and stigmatization.

According to UGANET lawyer and head of Advocacy and Strategic Litigation department, Immaculate Owomugisha, “Nyanzi and people like him must act as lessons to all the people who violate rights of people living with HIV and Aids because we shall go after them until the law takes its course”

In his Facebook post, Nyanzi published that the lawyer, (name withheld) is a glutton and has HIV, which is contrary to the law.

It is for this reason that UGANET is gearing its efforts in carrying out campaigns to ensure the protection of women and girls against violence and rights abuse of all kinds. The gospel must remain that, Women are to be valued and treated equitably, and their rights upheld.

Armed with the knowledge that the battle against GBV has to be fought on different frontiers, UGANET has ensured it works closely with various partners and stakeholders. They include, health organizations, the Ministry of Gender, Labor and Social Development, Police, ministry of internal affairs and among others to ensure that justice is served for survivors of abuse and violence.

The organization also continues to work with paralegals across several communities countrywide to ensure access to justice and protection of human rights for the vulnerable.