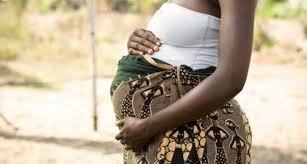 KAMPALA, Uganda – Uganda continues to face an unprecedented rise in the numbers of teenage pregnancies, with recent statistics showing that over 7000 teenage girls have either been defiled, raped or even impregnated.

The situation in the Lango sub region is even worse with thousands of girls having been impregnated and many married off to much older men usually in exchange for small amounts of “bride price.”

According to the Executive Director of Reproductive Health Uganda (RHU), Jackson Chekekwo, “The rate of teenage pregnancies in Lango region is as high as 28%. This means approximately one in three girls under the age of 19 is either a mother or is pregnant.”

Uganda Network on Law, Ethics, and HIV/AIDS (UGANET) recognizes that this is grim reality for the young girls in this region whose future continues to dim every passing day. For many, this means that they might never experience education again, might be forced to marry mature men and in many cases, are then forced to go live with these men in abject poverty.

“This whole situation also means that access to healthcare services is sporadic if ever available, and that the girls will be prone to fistula, torn cervixes, or even death during labor and many other complications that come with early teen pregnancies,” says Rhonah Babweteera, Head, Violence Against Women Prevention, UGANET.

Many sources say that the duty bearers in such regions are partly to blame. There have been reported cases of bribery that result in perpetrators walking away scotch free. It is said that they are often bribed with small tokens and they let the culprits go. This coupled with the archaic customs that allow for teenage marriages (which the cultural leaders use to marry off the girls), is a situation too grim for the girls if nothing is done.

UGANET believes that this can be changed if the communities and other stakeholders step up efforts not only in community sensitization but also establishing legal frameworks to ensure perpetrators are brought to book.

“The government should formulate realistic and operational policies and laws to punish the perpetrators of these heinous acts,” says Nakato Martha Clara, Policy & Advocacy Officer at Uganda Network of People Living with HIV (UNYPA).

UGANET calls upon all stakeholders, including government to rise to the challenge and do whatever it takes to establish communities that are safer for the girl child.