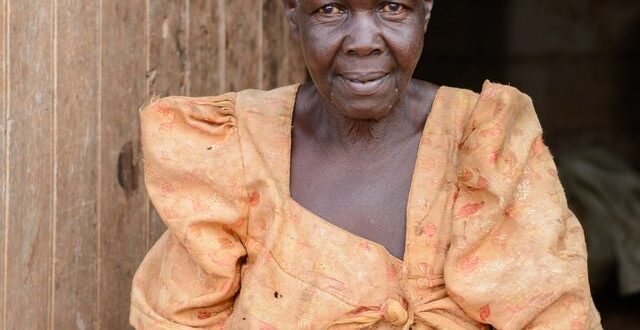 KAMPALA, Uganda – There are so many injustices and difficulties women around the world face after the loss of their spouse. These may include, hardships in providing for the family members after the loss of the main bread earners in addition to denial of their right to inherit their husband’s property among others.

Death is a part of our life’s journey and is inevitable, but when a woman loses her husband, it’s a double tragedy as she is faced with more than the loss of a spouse but property too.

Uganda Network on Law, Ethics and HIV/AIDS (UGANET) an organization that promotes social justice has been face to face with cases property grabbing from windows, mostly perpetuated by the in-laws.

In cases where a woman has the right to inherit property, it may be impossible if the claim is socially and culturally unrecognised as it is in many African countries.

“Uganda is one of the several countries in Africa that embrace patriarchal customary system which gives a chance to only the sons of the widow to inherit property, and in cases where they aren’t old enough or where the widow bore none, the brothers-in-law become the heirs and are therefore in charge of the husband’s property including the matrimonial home,” says Rhonah Babweteera, Head, Violence Against Women Prevention, UGANET.

Widows have to negotiate their way around the patriarchal statutory laws at the institutional level and customary laws especially when the husband did not name her as a sole beneficiary or executor.

“On several occasions, widows and orphans in Uganda have been rendered homeless with barely nothing to survive on after the death of their husbands. Often family members to the deceased deny the widow and orphans any property and sometimes sell it off through the brothers-in-law who culturally are allowed to inherit all the property of the deceased,” Babweteera narrated.

Often times, the situation gets worse if the husband is known to have succumbed to HIV/AIDs or the widow being known as a person living with HIV, the society is harsh to the widow and her children (orphans) and often refer to them as ‘the walking dead’ and they are not allowed to inherit property despite their vulnerability.

UGANET therefore calls for specific laws as regards to widow inheritance of property as it is stated in Article 31 (2) of the Ugandan Constitution, “The parliament shall make appropriate laws for the protection of the rights of widows and widowers to inherit the property of their deceased spouses”.

The organization commends the several civil society organisations that have come up to fight for the rights of widows and orphans in regards to inheritance of property through providing legal aid to widows.

UGANET in itself offers legal aid to various constitutes like people living with HIV, and widows through the Legal Aid department, Partnerships and Training and the End Violence Against Women departments. Sensitization of such groups helps equip them with information about their rights and how to attain legal care and this has led to the involvement of duty bearers like Police, the Director of Public Prosecution, the Gender Ministry among others, in getting justice for widows whose property their husband’s families want to wrongfully possess. The organization also uses mediations between conflicting parties to help solve their complicated situations.