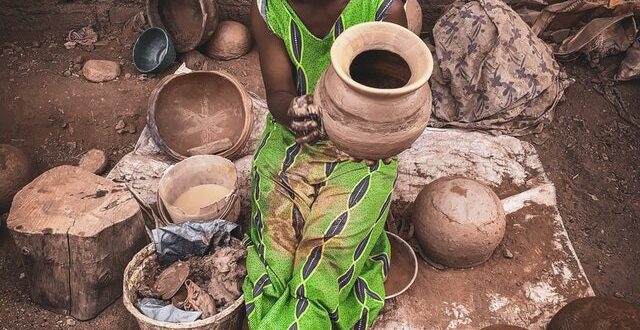 KAMPALA, Uganda – While government efforts to combat the spread of HIV/AIDS are paying off, there are behavioural challenges with leading social cultures like widow inheritance that are still hampering the much desired results. Widow inheritance in Uganda is nearly practiced by all tribes across the country.

Despite its practice among many cultures in Uganda and in Africa, widow inheritance is a violation of a number of rights of women that majorly involve widows of childbearing age. When a woman loses her husband, she is asked to marry one of her late husband’s relatives, most likely a brother for cultural and several other reasons.

The practice is usually carried out against the widows’ consent thereby violating their rights and often rendering them powerless in the community, and at times having them losing their family property.

Despite the fact that there are laws in Uganda that protect women from such abuse, for example, the Uganda constitution Article 33 (1), that states that “Women shall be accorded full & equal dignity of the person as men”, most women in Uganda still lack knowledge of such legislations and are hence left at the mercy of non-government and civil society organisations that carry out sensitization of their rights and existing laws that protect them.

UGANET has played a crucial role in offering legal aid services to communities in need and through its legal aid camps, several long-standing disputes have been resolved including those involving widow inheritance.

Apart from the fact that widow inheritance involves fear, apprehension and greed; the practice itself encourages both polygamy, and sometimes the further spread of HIV among other family members.

These social cultures are aided by low education, ignorance of existing laws against the practices, unemployment, and greed for wealth by the family of the deceased.

“Most of these widows allege that their in-laws block them from inheriting their husband’s property and possessions and give them widow inheritance as the only option for them to continue living in the matrimonial home and have a portion of their late husband’s wealth or even for the family to look after their children (orphans). Such situations leave these women with no other option but to get married to their late husband’s relatives,” said Boaz Ongodia, Associate Legal Aid and Community Justice, UGANET.

Article 33 (6) of the Ugandan Constitution prohibits laws, customs and practices that discriminate against women on grounds of their sex. These laws were a great step in the fight against violation of women’s rights but more steps need to be taken and implemented in their enforcement.

“The delay in the passing of laws that could have helped to protect women from dangerous practices like widow inheritance is exacerbating. The Domestic relations bill, for example, that aims to outlaw the widow inheritance customs unless the widow enters into the marriage freely, is still in the parliamentary shelves,” added Ongodia.

Widow inheritance is believed to be a contributor to the spread of HIV since its sexual component is not taken off and therefore sexual relations being mandatory. This is so because the family of the deceased can claim to have paid dowry for the widow and thus she is considered as property liable to inheritance which gives HIV an opportunity to spread.

Specific laws that address widow inheritance need to be put in place in order to combat the vice that is in a way preventing Uganda from achieving its zero infection goal.